The Connection between Engineering and Christmas Chocolate

The Christmas season is full of chocolaty goodness. The enjoyment of cacao is an implicit part of it all – no matter whether in the shape of a Santa Claus, praline or contained in the advent calendar that puts you in a good mood every day. But what do engineers actually have to do with chocolate? More than you imagine! 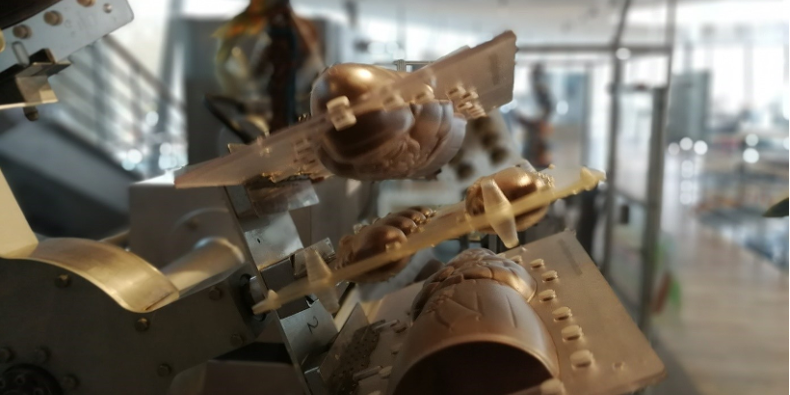 The history of chocolate is more than 2,000 years old: Central American Mayan people were early to recognize the value of the cocoa bean. When Spanish explorers brought them to Europe in the 16th century – and not only for Christmas –, engineers were already involved: who else would have designed the ships needed for the voyage?

Who combined it with milk? The Swiss!

Today, milk chocolate is produced en masse: The Nestlé chocolate factory in Hamburg, for example, produces more than 50,000 tons every year. To cope with these immense quantities, highly advanced machines are in operation which have to be energy-efficient, hygienic, and above all, food-safe. When designing these machines, engineers pay utmost attention to ensure that the materials used neither react chemically with the chocolate nor have any other effects on the end product. All components must be rust-proof in order to fulfill strict requirements in terms of hygiene and resistance to cleaning agents.

Precision – also during the choco-process

Santa Claus brings us presents, but in the form of chocolate it is a hollow figurine manufactured by the centrifugal process. In order for the liquid substance, which is warmed beforehand, to distribute uniformly in the mold, it is stirred and rotated in all directions for several minutes. An intricate task for development engineers: the molds must be as precise and smooth as possible to avoid the formation of bacteria in corners and grooves, as well as to ensure that Santa Claus will be thrown out of his “ejection seat” with his skin unblemished. 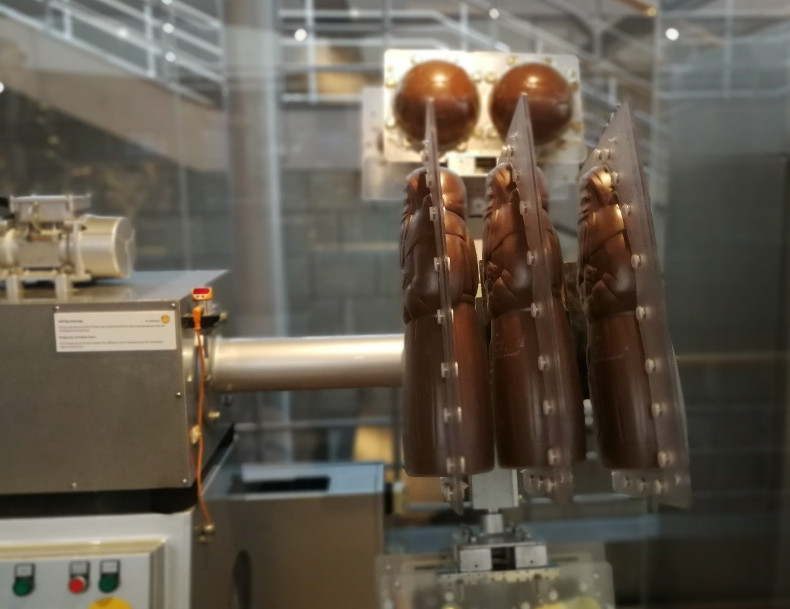 But which processes take place beforehand? Very simple: it all starts with the cocoa paste, also called chocolate liquor that is mixed with various ingredients. Electronically controlled dosing devices ensure that it is always the same. To obtain a very fine and homogeneous paste, a refining machine with special grinders processes it into a wafer-thin layer. This is important because the limit at which the human tongue can still detect individual grains is about 30 thousands millimeters. We therefore owe it to engineers when chocolate melts in our mouth.

In the conche (derived from the Spanish word ‘concha’ for shell), the chocolate mass is subjected to a combination of mechanical processing and heat treatment. This machine was invented by the Swiss Rodolphe Lindt who thereby achieved decisive improvements. Before, the paste had a crumbly consistency and a bitter taste, but with the conche that was all water under the bridge.

When the chocolate mass is agitated and heated to up to 90 deg. C over several hours, each of the small particles is covered with a thin film of fat. Another effect of conching is that the moisture content is reduced to 1 per cent which will remove undesirable volatile compounds. Depending on the required variety and quality of the chocolate, the conching time may amount to 16, 24, 48, or even up to 72 hours. Maybe an engineer will invent a faster method in the future?

Happy holidays! And then?

Chocolate lovers can enjoy the sweet Santa figurines as soon as they are delivered to a shop, long before Christmas. If you’ve heard that rejected Santa Claus figures are melted again and processed into Easter bunnies, then this is totally wrong. Production engineers at Milka and Lindt calculated that the time and costs for unpacking, melting and re-packing are much too high. Instead, leftovers are often donated to charitable organizations. With this in mind: We wish you happy and enjoyable days filled with festivity!

We all need a bit of fun – even during our daily work routine ;). Nevertheless, technology and engineering will not be neglected. Subscribe to our blog now, so that you don’t miss out on either one! 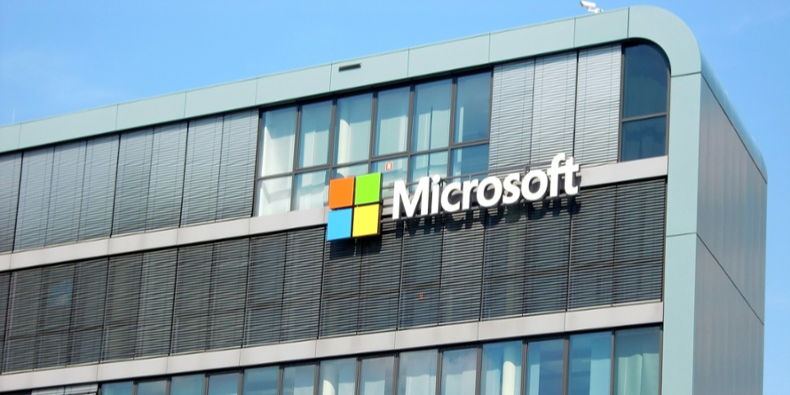